Our Wilmington will be opening soon. Check back for updates! 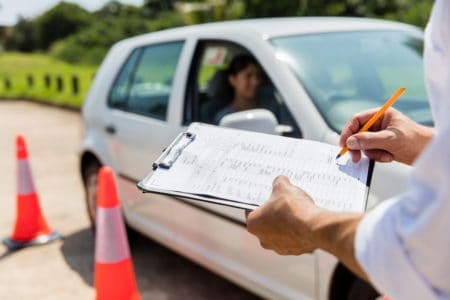 Third-Party Claims with an Attorney

If you have retained an attorney and the claim turns into a lawsuit, the attorney will provide the police report during the discovery process.

Always send copies of documents – never your originals. You may need those originals should the process become contentious. You should also keep careful documentation of everything you’re going through, including phone calls to your insurance company and the other driver’s insurance company, medical processes, vehicle repairs and other processes related to the accident.

How to Make a Third-Party Vehicle Accident Claim

Any claim made to an insurance company that is not your own is a third-party claim.

Filing a Third-party Claim in a Fault State vs. No-Fault State

Generally, if you live in a no-fault state, you are most likely required to recover funds from your own insurance company. In tort states, the driver at fault is responsible for paying a victim’s medical expenses. As long as the other driver was at fault in the accident, you may file with his or her insurance company for recovery.

If the fault is disputed or the injuries are significant, recovery of funds could become difficult. If the insurance company doesn’t believe its insured is at fault, the company will start an investigation and recovery of your money will take significantly longer. The third-party insurance company would rather settle since the cost of litigation could wind up being in the thousands.

If you have been involved in an auto accident, the skilled technicians at Badell’s Collision can help you get back on the road. Our auto body shop is proud to have served Aston, Pennsylvania for many years. Contact Badell’s Collision at (610) 296-8445 or request an estimate today.

Brandon Badel is the owner of family-owned Badell's Collision. Brandon's "customer first" approach and true commitment to going above and beyond is what distinguishes him from other local shop owners. Brandon is proud to have two locations to better serve Chester and Delaware County car owners, and looks forward to a future full of success for his team. Brandon Badel frequently blogs for Badell's Collision, Inc .

"Excellent service, they kept me informed all throughout the project, had it ready ahead of schedule and gave us the car back beautifully detailed inside and out! I will recommend them 100% every time!! I hope I don’t need it again but if i ever do, they will always be our choice!!"

Carolina Hatton for Badell's Collision of Malvern, via Google

Repair Service you can Trust. Guaranteed.

We proudly stand behind every repair job we complete. That's why every customer of Badell's Collision receives a Lifetime Guarantee for as long as they own their vehicle.